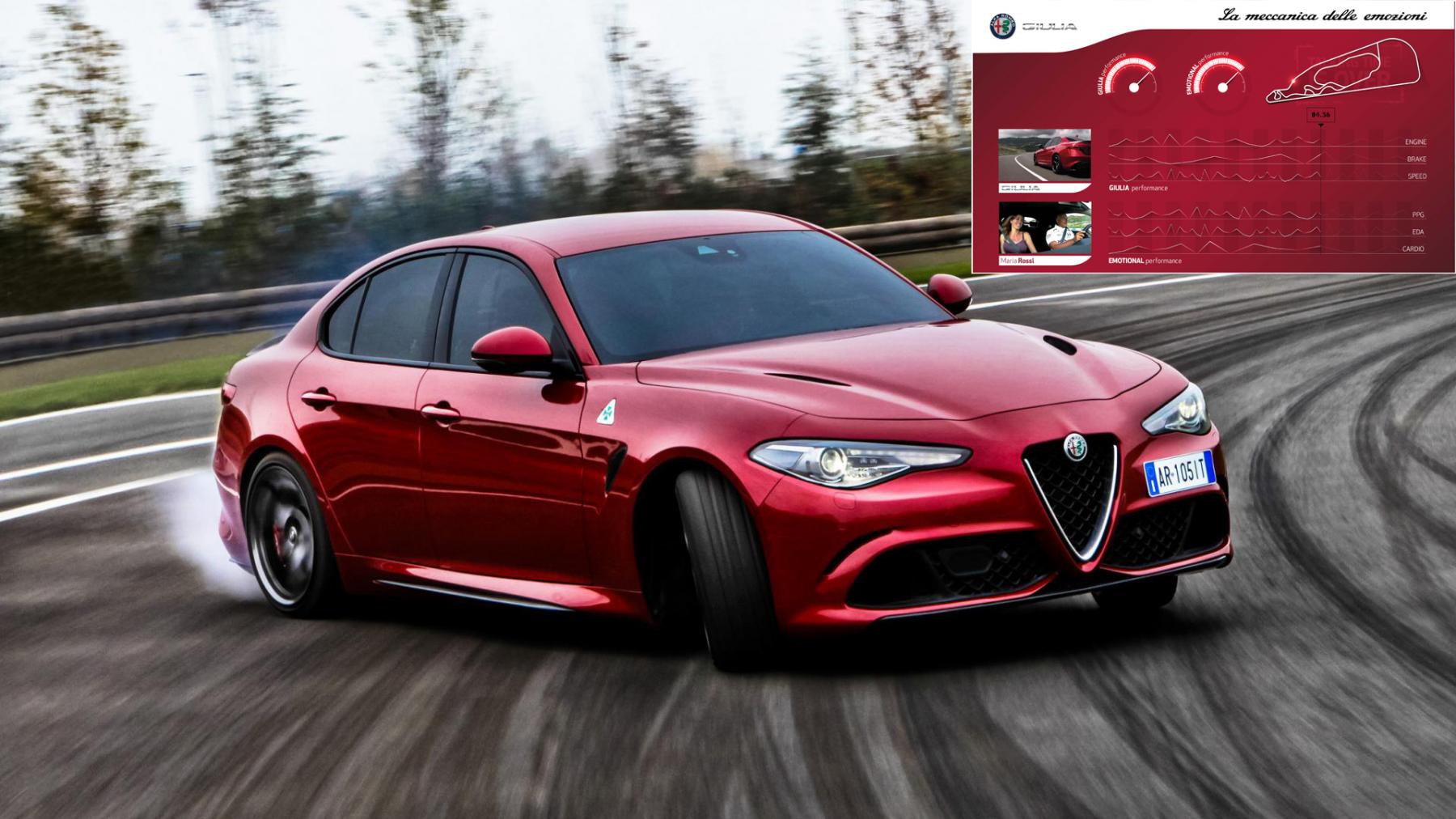 Symmetric Network relies on Touch Revolution the development of an innovative solution for measuring, while driving the powerful sedan, the emotional level of Italian and foreign journalists.

The wait for the new Alfa Romeo Giulia was very high in Italy, as elsewhere in the world.

At the launch, May 9 to 21 were carried out the first test drives that have seen protagonists the journalists of Italian and foreign press. The latter have finally been able to prove, first, the driving excitement of new Giulia on the Balocco circuit, an event which was also attended by Dr. Sergio Marchionne.

Symmetric Network, which FCA has entrusted the implementation of the Event, then commissioned Touch Revolution to develop an innovative solution hardware and software that detects the emotional levels experienced by every journalist during the test drive, compare then with the "emotions" of the car recorded thanks to the telemetry.

Reporters were then made of special wear bracelets, medical derivation and many technologically advanced, that recorded several biometric parameters, among which the skin of the electrical conductivity, the master data for a reliable detection, not available in the common wristband. An onboard camera then resumed the journalist inside the car.

After the tour the track data of the bracelets and venivavo cameras downloaded in a special software in which GUI journalist could revise their lap, telemetry performance of Julia and graphs of their emotions.

Finally, every journalist was then given a copy of the software on individual keys.

Touch Revolution Symmetrical thanks for the opportunity granted and confirmed, with the realization of such projects, his undisputed technical ability and professionalism to implement any multimedia project.