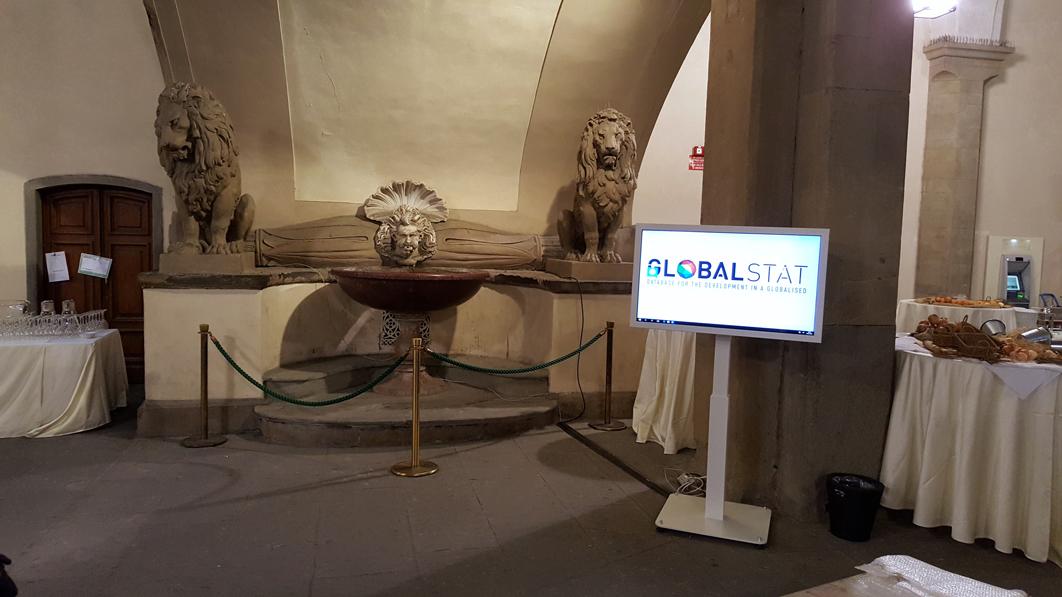 State of the Union 2016: “Women in Europe and the World”, European University Institute


From 5 to 7 May took place in Florence, between the Badia Fiesolana, Palazzo Vecchio and Villa Salviati, the sixth edition of the "State of the Union Conference", the annual event organized by the European University Institute (EUI) dedicated to the issues political European Union. Central theme for 2016 was the status of women in Europe and around the world.

In this consolidated and anticipated event, focused on integration and development projects of the European Union, the GLOBALSTAT (www.globalstat.eu) project of the Robert Schuman Centre for Advanced Studies of the European University chose Touch Revolution to provide a tool interactive communication, complete with software, capable of transmitting information data on the project in the days of event.

The selected system is the totem Snake, LCD technology 42 "Full HD multi-touch, has a simple but ingenious feature that allows, a few steps, to turn a horizontal interactive totem vertical totem, in a table or a lectern. Touch Revolution installed the software comes with a custom interface from the client, which allows you to view documents, presentations, images and video and navigate in dedicated sites.

The event was then concluded at the Palazzo Vecchio in the Salone dei Cinquecento, where the conclusions on the various comparisons linked to the world of women, have been entrusted to the President of Matteo Renzi Council and the Prime Minister of Malta Joseph Muscat.