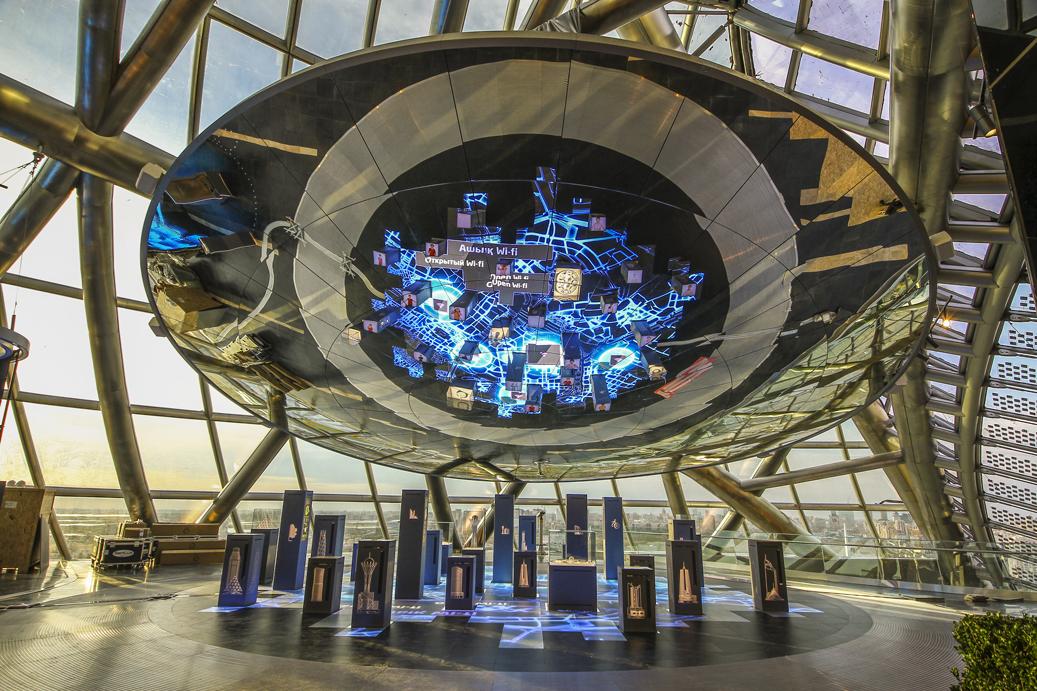 The combination of Italian companies Touch Revolution - Simmetrico has once again enabled the award of internationally renowned installations: Astana, Expo 2017.

The expertise and technical experience of Touch Revolution in realizing the originality and creativity of the projects proposed by the Simmetrico agency led to the creation of important technological installations in the Monaco and Katzakistan Pavilions.

For the Monaco Award-winning Monaco pavilion, bestowed on the world as the best of all Expo 2017, Touch Revolution has designed and built two highly scenic design installations.

The first installation was a totally interactive wall of 6 x 3 in size projected with touch screen solutions directly on the material itself. Tapping the reference figures, videos that represented the city of Munich in the future were going to be launched: the wall was totally multitouch, with a very significant impact on the stage.

The second installation was about the Virtual reality for which Touch Revolution developed the entire software: a real-time 360-degree Monaco navigation with various points of interest. The user could also deepen cognitive dynamics of what he was seeing. Visitor diving for this installation was total, finding a successful use of over 100,000 people who were able to visit Monaco while not physically present.

For the Kazakhstan Pavilion, Touch Revolution has developed the leading interactive route that was to show users how the country would change the way energy would be used over the next twenty years, with world comparisons of other nations based on current statistical data.

Touch Revolution is consolidating, with the company Simmetrico, a partnership that brings Italian talent to the world, spreading the use of technology in a variety of installations - from virtual reality to interactive and ever-fascinating interactive paths.