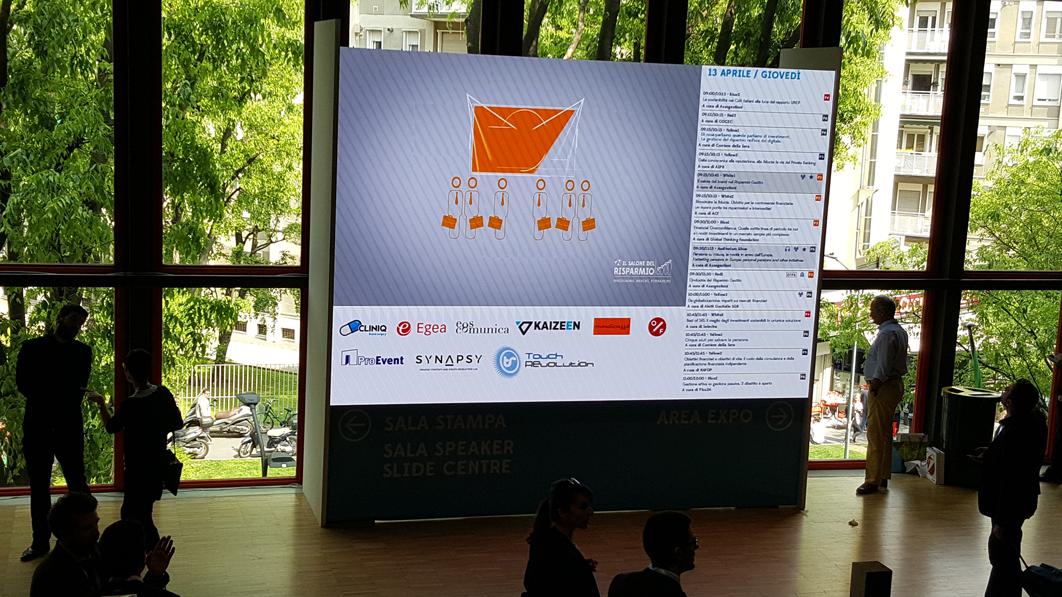 Again this year, Touch Revolution has played an important role as a technical sponsor of the event to showcasing the Salone di Saving, the most important Italian event in the field of economic investment.

"Pursuing growth. Savings, Investments, Development Policies ". This is the title of the event, organized by Assogestioni and held from 11 to 13 April at the MiCo in Milan.

Like every year, Touch Revolution has introduced its most important technologies to the end-user communication service so that it can make the technology fair but at the same time communicative.

Touch Revolution installed a 4x3 meter Ledwall for the occasion, where the user could see the fair's information with the various appointments, twelve 42-inch full HD full vertical totem, which communicated sponsor logos and event calendar; the interactive whiteboard featuring a software that allows users to send their twitters and view them in real time, Totem Selphie that allows users to take photos, print them and put them on the Salon Salary word so that in the three days Eventually the writing became a set of faces of those who visited the fair.

Touch Revolution also provided several monitor, along with the Salon of Savings 2017 communication, once again confirming its professionalism in delivering advanced technology solutions.